200th Anniversary of the Star-Spangled Banner 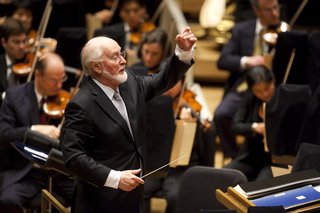 2014 marks the 200th anniversary of our nation’s beloved national anthem, “The Star-Spangled Banner.” In September 1814, after a 25-hour long battle, U.S. soldiers at Baltimore’s Fort McHenry raised in victory a 42-foot American flag sewn by Mary Pickersgill. A young Francis Scott Key was aboard a ship in the harbor and was so inspired by the patriotic sight that he wrote “The Star-Spangled Banner.”

200 years later, A Capitol Fourth was honored to have five-time Academy Award-winning composer John Williams with us on July 4th to commemorate this important anniversary. Maestro Williams led the National Symphony Orchestra, The Joint Armed Forces Chorus, the Choral Arts Society of Washington and the U.S. Army Herald Trumpets in his own majestic and stirring arrangement of the United States of America’s most iconic song. It was fitting that this anthem was performed at the U.S. Capitol on our nation’s Independence Day to remind us of the true meaning behind our stars and stripes.

Explore the actual flag that inspired “The Star Spangled Banner”!