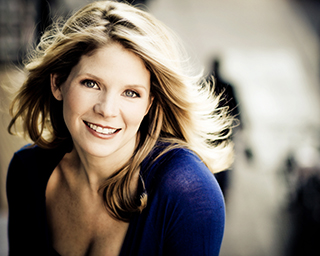 Kelli O'Hara  Kelli O’Hara recently received her fifth Tony Award nomination, along with Drama Desk, Drama League and Outer Critics nominations, for her portrayal of Francesca in the musical adaptation of TheBridges of Madison County.

O’Hara’s other Broadway credits include Nice Work If You Can Get It, South Pacific, Pajama Game, The Light in the Piazza, Sweet Smell of Success, Follies, Dracula and Jekyll & Hyde, earning Tony, Drama Desk, and OCC nominations, among others. In regard to regional and off-Broadway productions, O'Hara has been in Far From Heaven, King Lear, Bells Are Ringing, Sunday in the Park with George, and My Life With Albertine. Her concerts span from Carnegie Hall to Capitol Hill. Film and television credits include Sex & The City 2, Scorsese's The Key to Reserva, Blue Bloods, Alexander Hamilton, N3mbers and the animated series Car Talk. She is a frequent performer on PBS's live telecasts and the Kennedy Center Honors. Her solo albums Always and Wonder in the World are available on Ghostlight Records.