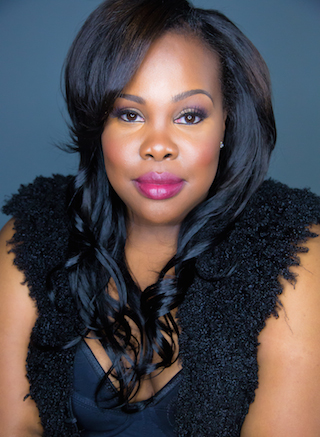 Amber Riley Actress and singer Amber Riley is best known for her role as Mercedes Jones in the Golden Globe Award-winning musical comedy Glee. This December, she will make her West End debut in the revival production of Dreamgirls in the iconic role of Effie White. This will also mark the U.K. premiere of the award-winning production. In 2013, Riley won Season 17 of ABC’s hit competition series Dancing with the Stars alongside her partner Derek Hough. Additional recent television appearances include a starring role in the UPtv original movie My One Christmas Wish and a starring role alongside Queen Latifah, Mary J Blige and newcomer Shanice Williams as Addaperle, the Good Witch of the North, in NBC’s production of The Wiz Live! Riley’s numerous theatre credits include Alice in Wonderland, A Midsummer Night's Dream, Into the Woods and Mystery on the Docks with the Los Angeles Opera. In November 2012, she made her New York stage debut to rave reviews in New York City Center’s Duke Ellington’s Cotton Club Parade.