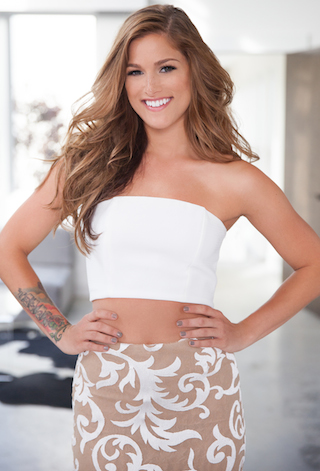 Cassadee Pope With soaring vocals and impressive accolades, Cassadee Pope is off to a glowing start with her Summer EP (Big Machine Label Group) already in the top five on the iTunes Top Country Albums chart as she debuts new music for eager fans.

This dynamic talent penned three of the songs, including the title track that officially impacted country radio on June 6. The West Palm Beach, Fla., native aptly filmed the music video in Clearwater Beach with director TK McKamy and dominated the iTunes #1 Country and #10 All Genre spots upon release. "I've always had a colorful imagination, and I think this new collection of songs helps show my stories in a more vibrant way. I hope fans not only hear more of who I am, but see the confidence and reflection I’ve experienced since ‘Frame by Frame.’ I hope the overall message from this EP is to be yourself and encouraged in life's journey,” shares Cassadee.

The project marks a full circle moment with producer Corey Crowder, who co-wrote Cassadee’s first-ever #1 “Think of You.” The fiery duet with Chris Young shined during the 2016 Academy of Country Music Awards where "The singers displayed the same vocal chemistry that has turned the track into a fast-breaking single at country radio” (Taste of Country). Rolling Stone Country raved, “…one of the best match-ups from a pure vocals standpoint came with the pairing of Chris Young and Cassadee Pope.” They will continue to collaborate this fall on extended dates of the I’m Comin’ Over Tour.

Cassadee’s chart-topping debut album, Frame by Frame, produced the breakout hit “Wasting All These Tears,” which sold over 1 million downloads and solidified the powerhouse vocalist as part of a distinct group of solo female country artists to score Platinum certification of a debut single. The CMT’s “Next Women of Country” franchise inductee was awarded the 2014 CMT Music Awards’ Breakthrough Video of the Year and nominated for a 2016 People’s Choice Award for Favorite Female Country Artist. Cassadee has previously toured with Superstars Tim McGraw and Rascal Flatts in addition to appearing at major events such as Daytona 500, Brickyard 400 and the 2015 Special Olympics. For the latest updates, visit CassadeePope.com.