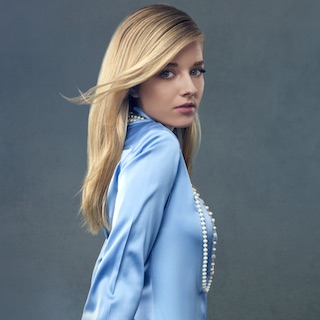 Jackie EvanchoIt was Jackie Evancho’s love of the film adaptation of Andrew Lloyd Weber’s The Phantom of the Opera that stirred her passion for singing and posting videos to YouTube. Not long after gaining notoriety for those videos, Jackie earned the opportunity to perform on America’s Got Talent leaving audiences and judges astonished that such a perfect, beautiful, soprano voice could come from a 10-year-old girl. And the rest, as they say, is history. The young soprano from Pittsburgh with the stunning voice won runner-up and launched her music career, signing with Columbia Records, shortly thereafter.

Since her appearance on the show, Jackie has been able to break through being typecast as a “reality show singer” and has established herself as a legitimate force within the classical crossover genre. In the short time since gaining fame, Jackie’s unique, gorgeous, soprano voice has won her millions of fans and her recordings have dominated the music and DVD charts.

The talented 10-year-old girl who stole America’s hearts is now a 16-year-old with a driver’s license. In the past year, she's released new music including three covers: “Writings On The Wall,” “Safe And Sound,” “Coming Home,” as well as a new original song written especially for her, “Apocalypse”. While still recording some songs in her beautiful soprano voice, she has also learned how to use her voice in a more “pop” way. Jackie is currently writing her own songs and recording them for release later this year with a new album. She plans to include these new songs as well as her crossover music in her upcoming tour that will launch in the fall of 2016.

Jackie’s last studio release, Awakening was her third studio album and like her other albums before, Awakening entered the Billboard Classical Chart at number one. She toured to promote the album through 2015. Awakening finished 2015 at the number 3 spot on Billboards Year end Classical Chart and Jackie was number 5 on Billboard’s classical album artists chart. Just Jared Jr. included Jackie on their Top 25 music acts of 2015. And in 2015, Jackie released her rendition of “Safe and Sound” from her favorite film, The Hunger Games to rave reviews. Also, in 2015, Jackie performed at her highest profile event to date: A performance for the Pope when he visited the U.S. in November 2015. Her rendition of “When you Wish upon a Star” continues to be a YouTube highlight.

Since the age of 10, Jackie has garnered the support of legendary music producers like David Foster and filmmakers such as Robert Redford. Billboard Magazine named Jackie to their list of music movers-and-shakers under the age of 21 in 2011 and again in 2012, because the soprano’s “spellbinding, operatic vocals possess a power and poignancy that often moves listeners multiple times her age to tears.”

Jackie’s debut EP O Holy Night was released in November 2010 and became the year’s #1 best-selling debut recording with sales exceeding 1 million copies and earned her a platinum certification. Her U.S. shows are also sell-outs and have been taped for PBS for the Great Performances series becoming some of their most broadcast programs of the year and used extensively during pledge drives.