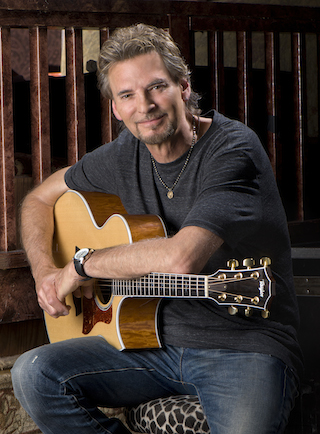 Kenny Loggins Kenny Loggins' four-decade-plus career has brought him from the top of the charts to the toast of the Grammys. His gift for crafting deeply emotional music is unparalleled, and it's been a part of his life as long as he can remember.

When Loggins was 7 years old, he watched his two older brothers struggle to write a song, "and I remember thinking, it just can't be that hard," he laughs. Later, inspired by the film Yankee Doodle Dandy, he realized songwriting was his future. "I knew deep inside that this is something I should do."

Loggins, born in Everett, Washington, moved to Los Angeles as a young child. He began singing and playing guitar in high school. He scored a job as a songwriter for ABC/Wingate out of college, for $100 a week after a brief stint as a guitarist for psych-rock band Electric Prunes. One of his first tunes was the beloved "House at Pooh Corner."

Halfway through his gig at Wingate, Loggins met the man who helped shape his early career: Jim Messina. They worked on Loggins' solo debut with Messina behind the boards, and Loggins fell in love with a track his producer had penned called "Same Old Wine." The pair of creative partners morphed into Loggins and Messina. Their debut “Kenny Loggins With Jim Messina Sittin' In,” came out in 1971. The duo released albums every year from 1971 to 1976. The time had come for Loggins to cast off on his own.

"When I recorded ‘Celebrate Me Home,’ I was excited," Loggins says. His Phil Ramone-produced solo debut went platinum and included "I Believe in Love," the song he'd written for Barbra Streisand’s A Star Is Born. Loggins opened for Fleetwood Mac on their Rumours tour. He went from playing large rooms to arenas overnight. He became friends with Stevie Nicks and credits her singing one of his songs – “Whenever I Call You Friend” – as "the moment that launched my solo career."

Loggins once pulled up for a songwriting session at Michael McDonald's house and heard the opening melody of "What a Fool Believes." "He stopped playing but my imagination kept going. We were writing before we met," says Loggins. The pair would go on to win two Grammys.

In the 1980s, Loggins earned a new title: king of the movie soundtrack. His credits include Caddyshack, Footloose, and Top Gun. On the invitation of his friend, Michael Jackson, Loggins contributed to the landmark charity single "We Are the World.”

Several years later, Loggins, a committed environmentalist, wrote "Conviction of the Heart," which caught Al Gore’s attention, who called it the "unofficial anthem of the environmental movement."

Loggins has also been onstage with country trio Blue Sky Riders, which features Nashville powerhouse Gary Burr and gifted singer/songwriter Georgia Middleman. "When Gary and I sang together, we sounded like brothers. The last time I experienced that kind of blend was with Jimmy Messina in 1971." Loggins proposed they start a band. "We laughed about it and went about our way."  Months later, Loggins suggested they find a female voice to form a trio. They released debut album, Finally Home, and are currently working on their second album, Why Not.

Despite 12 platinum albums, two Grammys and hits on nearly all the Billboard charts, Loggins is not done. He has a children's book in the works and still looks forward to what's next. "I've been lucky that I love what I do and I get to keep doing it."