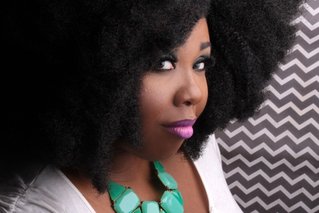 Kyla Jade is a multifaceted songstress who writes and produces her own songs alongside running her own music entertainment company, Love Jade Inc.  Her mission is to give you an experience of timeless music.

Kyla has graced audiences all over the country with her unique blend of Jazz, Gospel, R&B and Soul. Residing in Nashville, Tennessee by way of Kansas, she draws from her musical training and culture to help define her powerhouse sound.

In 2014, Kyla appeared on “Bobby Jones Gospel” as a solo artist on Black Entertainment Television (BET) Network with Ambassador Dr. Bobby Jones and the Nashville Super Choir as one of his most versatile premier soloists.

This lead to many opportunities including touring with Wynonna Judd, Patti LaBelle, Jennifer Hudson, Earth Wind and Fire, Peter Frampton and The Clark Sisters.

Equally comfortable performing live or working within the studio, Kyla has headlined her own Classical Jazz cover tour in Europe, headlined for BB Kings Memphis Blues live show, as well as having produced background vocals for the Country Music Awards, Stellar Awards, Dove Awards, The Grammys, BET Awards, and BET’s Celebration of Gospel.

Most recently, Kyla has captured the heart of the nation while competing for Team Blake on season 14 of the Voice on NBC. A firm favorite with both the judges and the public, Kyla drew praise with standout performances of “See Saw”, “You Don’t Own Me” and “This Is Me”.

With millions of viewers tuning in every night to watch Kyla sing, unfazed and consistent in her strong performances, she found herself in the final three. With upcoming live performances at the Special Olympics opening ceremony, and the PBS “Capitol Fourth” 4th of July celebrations on the horizon, you are sure to see and hear plenty of Kyla Jade very soon.