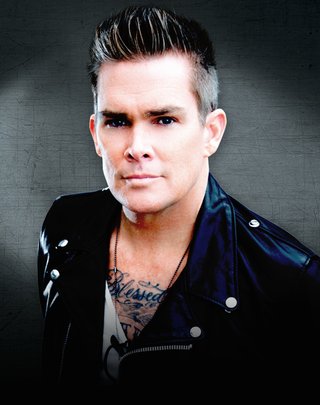 When Sugar Ray’s breakthrough hit song “Fly” put them on the map in 1997, lead vocalist and majority songwriter Mark McGrath was thrust into the public eye. It's no doubt the band maintains its momentum due in no small part to the good looks, charisma and talent of its front man, Mark McGrath.

Born in Hartford, Connecticut and raised in Southern California, McGrath first appeared with Sugar Ray (then known as the Shrinky Dinx) when he jumped on stage and grabbed the microphone. Two years later, in 1994, the band changed its name and landed a deal with Atlantic Records. Shortly after, in 1997, the band’s collaboration with reggae artist Super Cat resulted in the song “Fly,” which dominated the airwaves. Later that year, and following the success of their number-one hit, Sugar Ray released its second album, “Floored,” which went double platinum. Sugar Ray’s success rocketed McGrath to pop-star status, as he graced the covers of “Rolling Stone” and “Spin.” He even made People magazine’s “Sexiest Man Alive” issue, named “Sexiest Rocker” in 1998.

McGrath has made guest appearances on the hit television dramas “Las Vegas” and “North Shore.” He has been featured on a number of MTV and VH1 programs, including the “Teen Choice Awards,” “My VH1 Music Awards,” “Rock ‘n’ Roll Jeopardy,” the “American Music Awards” and the “ESPY Awards.” McGrath has hosted VH1’s “I Love the 80’s” and “The Greatest: 100 Most Shocking Moments in Rock and Roll,” and the primetime specials “The World Music Awards” and “Victoria’s Secret Fashion Show” as well as “The Search for the Next Pussycat Doll.” With appearances in The Office, Workaholics, College Humor, The Neighbors, Fact Checkers, Master Debater with Jay Mohr, Law & Order SVU and movie appearances in the feature film “Scooby-Doo” and Uptown Girls and Fathers Day to name a few. In addition he was the co-host of Extra and host of “Don’t Forget the Lyrics” a Twentieth Century Fox syndication.

Mark has also co-starred in Sharknado 2 The Second One, Sharknado 3: Oh Hell No! and appeared in Joe Dirt 2: Beautiful Loser as well as the Netflix original Lady Dynamite.

This summer Mark will be touring with the I Love the 90’s tour as well as a robust schedule of live Sugar Ray dates and looks forward to seeing everyone out on the road. In past summers Mark branded and toured on the Under the Sun Tour. “This is my life’s work,” he notes. “People say, ‘You’re still in the band?’ This is what I do! I’m gonna be in Sugar Ray till I die! I’ve been lucky enough to fit a uniform, I’m gonna wear it till the wheels fall off!”