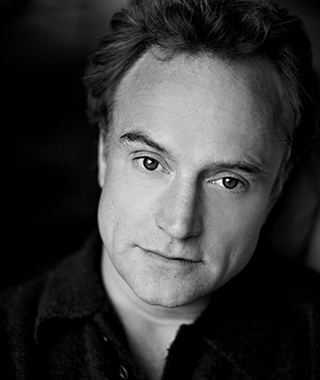 “It always seemed vain and unrealistic to say you wanted to be an actor,” Bradley Whitford revealed in a recent interview. But when he received his acceptance to Juilliard, he concluded that “it was a very strange moment, opening that envelope, because it was honestly the first time I realized, ‘Oh, my God, at the end of this, you’re going to try to be an actor!’” That is exactly what he went on to do.

Whitford has worked with some of the most noted writers, directors and playwrights in the arts, and has had a career worthy of a Juilliard-trained actor. The Madison, Wisconsin, native has created a career that covers a multitude of genres, including Whitford's first professional performance in the off-Broadway production of Curse of the Starving Glass, with Kathy Bates. He also starred in the Broadway production of A Few Good Men, where he first met creator Aaron Sorkin. His additional theater credits include Three Days of Rain at the Manhattan Theatre Club, Measure for Measure at Lincoln Center, and the title role in Coriolanus at the Folger Shakespeare Theatre in Washington, D.C.

Some of Whitford's most memorable performances include such films as The Muse with Albert Brooks, Bicentennial Man with Robin Williams, Scent of a Woman with Al Pacino, A Perfect World, Philadelphia, The Client, Presumed Innocent and most recently, Saving Mr. Banks, and TV roles in projects such as The West Wing, Studio 60 on the Sunset Strip and Trophy Wife. He is currently co-starring in the Showtime dramedy Happyish and Amazon’s critically acclaimed Transparent.