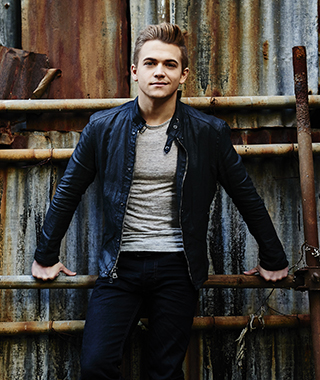 Hailed as a "country-rock-blues guitar hero in the making" by the Los Angeles Times, five-time Grammy nominee Hunter Hayes is a singer, songwriter and multi-instrumentalist who roared onto the music scene with his platinum-selling, No. 1 self-titled debut album and chart-topping sophomore album, Storyline, on Atlantic Records. With three No. 1 singles already under his belt (including the multiplatinum smash “Wanted,” “Somebody’s Heartbreak,” and “I Want Crazy”), Hayes delves into unprecedented territory with the digital and streaming-only release of his latest single, "21." He is currently on the road with Lady Antebellum and Sam Hunt for the Wheels Up Tour. For the latest updates, visit www.hunterhayes.com or follow on Twitter/Instagram @HunterHayes and www.Facebook.com/HunterHayes.