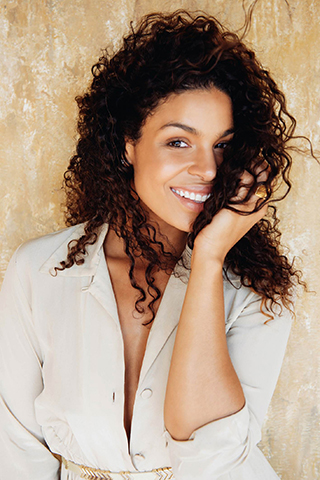 Her self-titled debut album went platinum, selling over two million copies worldwide. The first three singles of Jordin Sparks went top five, and the album’s second single, No Air, sold four million digital downloads. No Air is also the third-highest selling single by any American Idol contestant and is listed No. 27 in Billboard’s Top 40 biggest duets of all time. In 2009, Sparks’ second release, Battlefield, debuted on Billboard’s album chart at No. 7 and the first single, also called Battlefield, reached the top 10 on Billboard’s singles chart. The second single, S.O.S. (Let the Music Play), topped Billboard’s hot dance club play chart, becoming Sparks’ first No. 1. Sparks also co-wrote four tracks on the album, including 911 Emergency, Was I The Only One, Faith, and The Cure. Cumulatively, her popular singles have sold 10 million digital tracks in the U.S.

Sparks has starred on Broadway’s In The Heights, toured with superstars Britney Spears, Alicia Keys, the Jonas Brothers, New Kids on the Block and Backstreet Boys, as well as headlined her own tour. She has performed for Presidents Bush and Obama, won two BET Awards, one American Music Award, one People’s Choice Award and has been nominated for two MTV Awards and one Grammy.

In 2013, and for the third year in a row, Sparks was listed in People Magazine’s Most Beautiful issue. She has been busy making films and is currently in the studio working on her third studio album. Her second film, The Inevitable Defeat of Mister and Pete, was released this past fall, and she was recently featured in the hit series CSI: Las Vegas. She currently has two more films set to be released in 2014 including the Nicholas Cage film Left Behind, which is set to release Oct. 3, 2014.