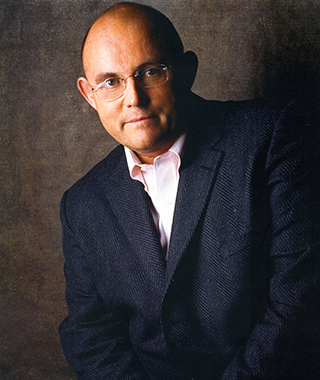 Dr. Ronan Tynan is known for his versatile range of repertoire. It includes the operatic, oratorio, concert and popular music genres. Dr. Tynan first gained international attention in 1994 after having won both Go for It, a televised singing competition in the United Kingdom, and Ireland’s Feis Ceoil Association’s John McCormack Cup for Tenor Voice. A practicing orthopedist at the time, Dr. Tynan continued his music education and voice training at the Leinster School of Music and Drama in Dublin, Ireland. In 1995 Dr. Tynan commenced studies at the Royal Northern College of Music in Manchester, England, earning a postgraduate diploma in voice. The same year, he was the male winner of the International Opera Singing Competition in Marmand, France. In 1998 he became a member of The Irish Tenors, a group with whom he continues to tour today. Through the years he has participated in master classes with Luciano Pavarotti, Italian tenor Ugo Benelli, Australian tenor Ken Neath, American tenor James King, and American soprano Cynthia Lawrence.

Dr. Tynan is currently the Alltech Visiting Artist in Residence with the University of Kentucky Opera Theatre, teaching vocal performance, voice and repertoire classes with a focus in oratorio and opera at the undergraduate and graduate levels. Dr. Tynan is also a return soloist with the Boston Red Sox, the New England Patriots and the New England Revolution. Beyond his concert schedule, 2014’s calendar included singing at the 500 Festival’s Memorial Service for Gold Star families and at the 500 Festival Parade, as well as at the funerals of two Boston firefighters killed in the line of duty and at two tributes for those affected by the Boston Marathon bombings. Additionally, at the invitation of Mrs. Barbara Bush, he performed at the 90th birthday celebration of President Bush. Dr. Tynan traveled to Ireland to perform in Cork for the annual charitable event A Summer’s Evening on the Quad and sang at the season opener of the Kansas City Chiefs and at Derek Jeter’s final game against the Boston Red Sox. Dr. Tynan performed in Atlanta at the International Women’s Forum’s Gala as part of Irish magistrate and International Criminal Court Judge Maureen Harding Clark’s induction into the IWF’s Hall of Fame. In January 2015 he headed back to Dublin, as the guest artist at the 60th anniversary gala of the Irish Farmers’ Association.

Dr. Tynan has appeared in concert halls across the United States and internationally. He is a Sony recording artist who has released more than 10 titles, 4 of which have achieved platinum status. Additionally, between 1981 and 1984, while participating in the Paralympics, Dr. Tynan amassed 18 gold medals and 14 world records, of which he still holds 9.

Dr. Tynan has performed for four U.S. presidents, including President George H.W. Bush and President George W. Bush, as a soloist at the funeral of President Ronald Reagan, and for President Clinton. He has sung for two popes, Pope John Paul II at St. Peter’s Basilica and Pope Benedict at the Concert of Hope. He has also performed at numerous benefits and memorials for the New York Police and Fire Departments following 9/11 and continues to have a strong bond with those devoting their lives to public service. Dr. Tynan is also a sought-after motivational speaker, with more than 30 engagements annually.