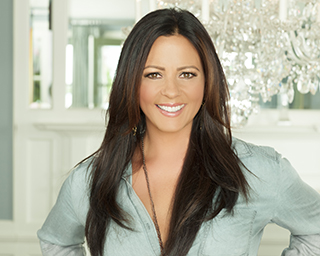 Sara Evans Multi platinum-selling recording artist Sara Evans, one of the most compelling and authentic vocalists in country music, recently released her seventh studio album, Slow Me Down, to critical praise.Released in March, the album debuted at No. 2 on the Country Album Chart and in the Top 10 on Billboard. The album features Evan’s fourteenth career Top 20 single, Slow Me Down, as well as collaborations with Vince Gill, Isaac Slade and Gavin DeGraw. Evans is enjoying a prolific recording career with nearly 6 million records sold and five No. 1 country singles, including Suds In The Bucket, A Real Fine Place To Start, and A Little Bit Stronger, which spent two weeks at No. 1 and was certified Platinum by the R.I.A.A. Evans has garnered numerous accolades over the course of her stellar career, including the Academy of Country Music's Top Female Vocalist honor and the Country Music Association's Video of the Year for her hit chart-topping single, Born to Fly, from her double-platinum album of the same name. Named to People Magazine's "50 Most Beautiful People," Sara's career also includes the Platinum-selling studio albums Real Fine Place and Restless , the Gold-certified No Place That Far and the double-Platinum selling Born To Fly.