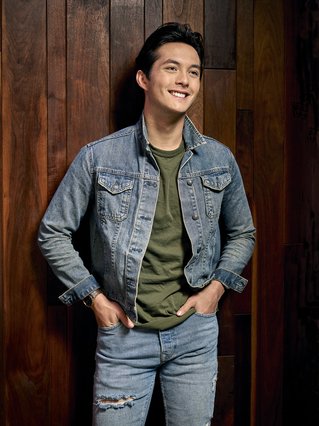 Laine Hardy, the Livingston, Louisiana native impressed fans and judges of “American Idol” alike with his honey-toned swampy bayou rock performances throughout the season. Fans came up with clever catch-phrases like, “Party With A Hardy,” “Laine Will Reign,” and “I’m On The Laine Train” in support of their Idol. The win marks an incredible comeback story for Hardy. Last season, he was eliminated after reaching the Top 50. This season, he came to an audition as a guitar player to accompany his friend who auditioned in front of the “American Idol” judges. The judges remembered Laine, encouraged him to audition again, and handed him a Golden Ticket to Hollywood on the spot.

Laine performed his first single, the Ester Dean-penned “Flame,” on the “American Idol” finale and the song reached #1 on the iTunes Rock Chart and #2 overall. Throughout the season, Hardy charmed viewers, and showed his versatility with covers by artists ranging from Queen, Hank Williams, Sam Cooke and Elton John, to The Beatles, Black Crowes, The Band, Mark Broussard and Chuck Berry. Laine’s keen sense of style prompted Idol Judge Lionel Richie to wonder if Hardy had stolen his clothes!