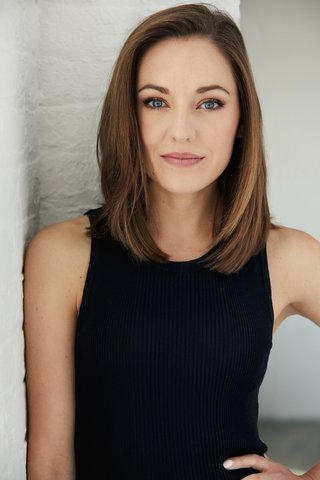 Tony-nominee Laura Osnes will star in Hallmark’s original new film In the Key of Love airing July 1st. She is best known for her role in Broadway’s Bandstand as Julia Trojan for which she earned both a Drama League and Drama Desk Award nomination. Prior to this role, she starred as the title role in Rodgers + Hammerstein’s Cinderella (Drama Desk Award; Tony, Outer Critics Circle, Drama League and Astaire Award nominations). She was also seen in Bonnie and Clyde (Tony Award nomination), creating the role at Asolo Repertory Theatre and La Jolla Playhouse (San Diego Theatre Critics Circle Award). She appeared as Hope Harcourt in the Tony Award winning revival of Anything Goes (Drama Desk, Outer Critics Circle, and Astaire Award nominations) and Nellie Forbush in Lincoln Center Theater’s production of South Pacific, and made her Broadway debut as Sandy in the most recent revival of Grease. Other New York/regional credits include The Threepenny Opera (Drama Desk Award nomination) at the Atlantic Theater Company; City Center Encores! productions of The Band Wagon, Randy Newman's Faust, and Pipe Dream; The Sound of Music in concert at Carnegie Hall; Carousel opposite Steven Pasquale at the Lyric Opera of Chicago. On television, she has been seen on the CBS series “Elementary”, in the HBO pilot “The Miraculous Year”, Sondheim: The Birthday Concert at Avery Fisher Hall, HBO's documentary Six By Sondheim, and the Kennedy Center Honors salutes to Barbara Cook (2011) and Dustin Hoffman (2012). Her many concerts and cabarets include performing with Michael Feinstein, the New York Philharmonic, The New York Pops, The Mormon Tabernacle Choir, The Boston Pops, and the Pasadena Pops, as well as appearing in such venues as Carnegie Hall, The Café Carlyle, 54 Below, Lincoln Center, NJPAC, The Smith Center in Las Vegas, and MN Orchestra Hall. In addition to being heard on several cast recordings, Laura has two solo albums, Dream A Little Dream: Live at The Café Carlyle and If I Tell You: The Songs of Maury Yeston.