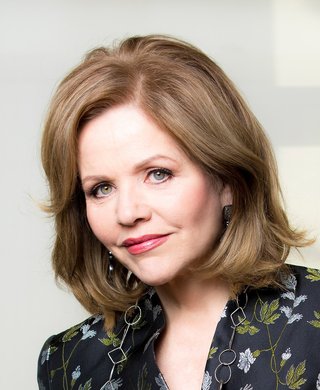 Renée Fleming is one of the most highly acclaimed singers of our time, performing on the stages of the world’s greatest opera houses, concert halls, and theaters. Winner of four Grammy Awards and the U.S. National Medal of Arts, Renée has sung for momentous occasions from the Nobel Peace Prize ceremony to the Diamond Jubilee Concert for HM Queen Elizabeth II at Buckingham Palace. In 2014, Renée brought her voice to a vast new audience as the only classical artist ever to sing the national anthem at the Super Bowl.

Known for bringing new audiences to classical music and opera, Renée has starred in and hosted an array of television and radio broadcasts, including The Met: Live in HD and Live from Lincoln Center. Her voice is featured on the soundtracks of the Best Picture Oscar winners The Shape of Water and The Lord of the Rings: The Return of the King. Renée has recorded everything from complete operas and song recitals to indie rock and jazz; and her album Signatures was selected by the U.S. Library of Congress for the National Recording Registry as an “aural treasure worthy of preservation as part of America’s patrimony.”

When social distancing precautions began, Renée was preparing to depart for a recital tour of Europe and the U.S. with the Russian pianist Evgeny Kissin. With performances canceled, in May, Renée launched an ongoing weekly webinar, Music and Mind LIVE, focused on the intersection of music and health. So far, her guests have included Deepak Chopra, M.D., Dr. Vivek Murthy, former U.S. Surgeon General, and neuroscientist and bestselling author, Daniel Levitin. Last spring, she appeared opposite Ben Whishaw in Norma Jeane Baker of Troy to open The Shed in New York City. Last summer, she performed the world premieres of André Previn’s Penelope and Kevin Puts’ The Brightness of Light at Tanglewood. In June, she made her London musical theater debut as Margaret Johnson in The Light in the Piazza, bringing her acclaimed portrayal to Los Angeles and Chicago in the autumn. Renée earned a Tony Award nomination for her performance in the 2018 Broadway production of Rodgers and Hammerstein’s Carousel.

As Artistic Advisor to the John F. Kennedy Center for the Performing Arts, Renée launched a collaboration with the U.S. National Institutes of Health, with participation by the NEA, focused on the science connecting music, health, and the brain. She has given presentations with scientists and practitioners on this subject around the world, earning Research!America’s Rosenfeld Award for Impact on Public Opinion.

Co-director of the Aspen Opera Theater and VocalARTS, Renée is also the Artistic Director of SongStudio at Carnegie Hall, dedicated to the art of the song recital. Renée’s awards include the Fulbright Lifetime Achievement Medal, Germany’s Cross of the Order of Merit, and France’s Chevalier de la Légion d’Honneur. Renée’s memoir, The Inner Voice, published in the U.S. and UK in 2004, has since been translated and published in France, Germany, Japan, Poland, Russia and China, and is now in its 16th U.S. printing. For more, visit www.reneefleming.com.