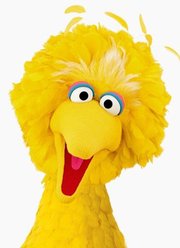 Standing at 8’2” tall, Big Bird is a compassionate 6 1⁄2-year-old yellow bird. He enjoys helping others in his community, including his best friend Snuffy. Reflective, thoughtful, and sensitive to the feelings of others, he displays a childlike innocence and great empathy for everyone on Sesame Street. He understands what it means to be a good friend. Big Bird’s favorite activities include dancing, reading, and collecting different things. This first grader also enjoys rollerblading and watching sports. He is proud of his neighborhood, and he especially loves being tall ... it helps him see the world from a different point of view! 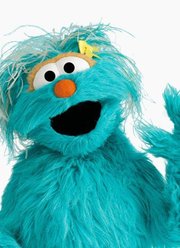 Rosita is an optimistic and playful 5-year-old whose full name, Rosita la Monstrua de las Cuevas, means “The Monster of the Caves.” Hailing from Mexico, she speaks both Spanish and English, often mixing words from both languages when she talks. She is a sensitive and caring character, and she conveys her compassion with lots of hugs. She loves singing and playing guitar, reading and writing in both English and  Spanish, and finding ways to share her heritage with others. She often teaches Spanish words to friends Elmo, Abby, and Zoe. 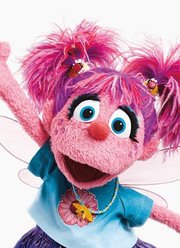 An imaginative and playful 3-year-old, Abby is the daughter of the Fairy Godmother; she’s also a fairy-in- training herself at her after-school program! A confident and creative young learner, Abby is eager to discover new things about the world. As a fairy-in-training, she often finds magic in everyday preschool activities such as finding plants and bugs in her garden, reading fairy tales, and dressing up in her many outfits. Abby is excited to try new things, especially exotic foods, and she often invites her friends Elmo and Rosita along on her adventures. What she finds truly amazing and magical is what she learns on Sesame Street, like new words that rhyme, or how to draw letters with a crayon. In her “Abby’s Flying Fairy School” segments, she models problem-solving and out-of-the-box thinking. 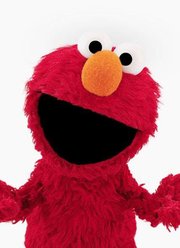 Elmo is a 3 1⁄2-year-old red monster with a distinctive cheerful voice and a contagious giggle. Enthusiastic, friendly, and curious, he loves to explore new things and be a part of everything that happens on Sesame Street. However, like most preschoolers, he sometimes doesn’t have all the skills or knowledge he needs. But that never stops him! He always maintains an optimistic view of himself and life. Elmo tries to do the right thing in every situation, and encourages his friends to do the same. Some of his best friends are Zoe, Abby, and his pet goldfish Dorothy, but he is always ready to meet new people. Elmo’s favorite hobbies are dancing, singing, and riding his tricycle. He also loves books and using his imagination to make up stories. 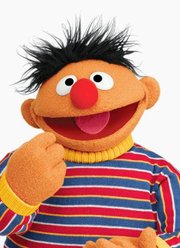 Ernie is mischievous, frequently playing practical jokes on his good buddy, Bert. He loves singing, playing musical instruments, and taking baths with Rubber Ducky. His free-spirited approach to successes and failures alike makes him one of Sesame Street’s most enduring and likeable characters. Together, Bert and Ernie model how to appreciate similarities and differences between friends, and understand other others’ points of view. 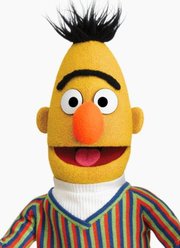 Bert is the long-suffering best friend of Ernie. He is the more serious, focused, and practical of the two, and he considers himself the voice of reason in their friendship. Bert can be rather eccentric; he collects bottle caps and paper clips, plays the tuba, and loves his pet pigeon Bernice. Bert is not always a willing participant in Ernie’s escapades; he correctly senses when the tables are about to be turned on him. But Bert always forgives Ernie, forever remaining his “old buddy.” 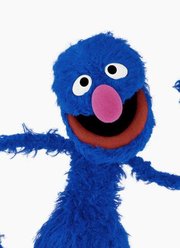 Grover, Sesame Street’s gregarious blue monster, accomplishes his tasks with a childlike exuberance that has been making young viewers laugh for more than four decades. He displays seemingly endless confidence, curiosity, and perseverance. He is eager to explore new things and start new adventures, even when he inevitably takes a few wrong turns along the way. Grover is always there for his friends, using his heroic qualities to come to the rescue of those in need. This is evident in Grover’s alter ego, “Super Grover 2.0,” a STEM-inspired superhero who observes, investigates, and reports as he (sometimes literally!) stumbles across scientific solutions to everyday problems.