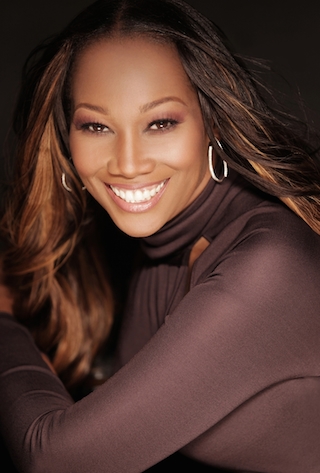 After twelve albums, five Grammys and performing for several U.S. presidents, she still wows audiences all over the world ever since her 1988 debut album, Just As I Am. Yolanda Adams is renowned for pioneering the blend of modern gospel music infused with soul and jazz. For decades, she has empowered fans through her inspirational and contemporary music.

The eldest of six siblings, her leading spirit and optimism soon became her trademark. Her solid church background and love for all genres of music left her with respect for traditional musical hues, as well as a desire for a more contemporary interpretation.

She was employed as an elementary teacher when she began to garner recognition for her stunning performances. It was while she served as a lead singer in her native town, Houston, Texas, with the Southeast Inspirational Choir that Yolanda caught the eye of the prolific composer/producer Thomas Whitfield who guided her first album. She was soon hailed as the most versatile contemporary gospel singer since Aretha Franklin.

Her brilliant follow-up albums have earned her multiple awards from music’s highest honors such as the Stellars, Grammys, BMI, Soul Train Awards, NAACP Image, BET and more. In 2001, she opened a new category and was the first artist to receive an American Music Award for Favorite Contemporary Inspirational Artist. Although the Gospel Music Association has continuously honored Yolanda through multiple Dove Awards, on May 9, 2017, she was inducted into GMA’s Hall of Fame for her outstanding achievements in the Christian music industry.

In addition to being a gospel superstar, she has reigned on radio airwaves for more than ten years as the host of her own show, The Yolanda Adams Morning Show, which has been heard in over sixty markets nationally.

As a former teacher, her natural love for community initiatives and the well-being of youth is just as captivating as her singing. She served as a spokesperson for the FILA Corporation’s Operation Rebound program, which addressed the concerns of inner city school children. In 2016, former President Barack Obama presented Yolanda Adams with the Presidential Lifetime Achievement Award for grateful recognition with the Corporation for National Community Service for her lifelong commitment to building a stronger nation through volunteer service.

While she is grateful for her success, Yolanda’s greatest achievement comes from being a mother and great example to her daughter. A former teacher, now gospel legend, continues to influence the world and change lives through her music and humanitarian efforts.